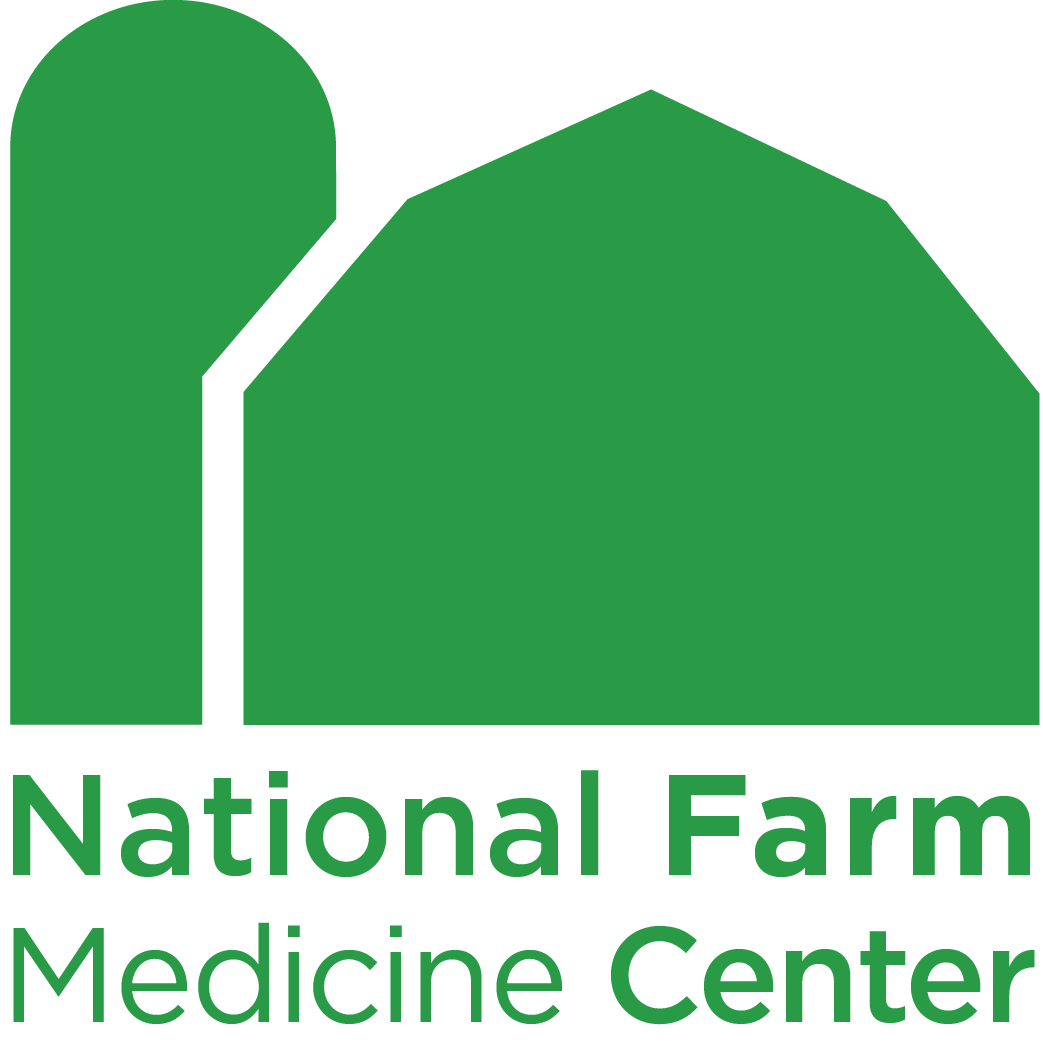 The Wisconsin Farm Related Fatalities Reports for 2019 and 2020 show farm fatality numbers remain high, and incidents on public roadways continue to be deadly.

“Farm fatality numbers remain alarmingly high, and because a farm is like any other dangerous industrial workplace, the types of hazards are many,” said John Shutske, Ph.D., professor and agricultural safety specialist at the University of Wisconsin-Madison. “Many continue to be concerned with the high number of deaths on public roadways. Clearly, as farms get bigger and farmers need to spend more time on the road moving from farm to farm/field to field, we are going to see more and more risk on roadways.”

In 2020, Shutske and Bryan Weichelt, Ph.D., an associate research scientist with the National Farm Medicine Center and program director of AgInjuryNews.org, revived the Wisconsin Farm Related Fatalities Reports. A partnership between the National Farm Medicine Center, Marshfield Clinic Research Institute and the University of Wisconsin-Madison’s College of Agricultural and Life Sciences resulted in new data reports beginning in 2017.

From 1943 through 2006, the reports were compiled by UW experts working on farm safety research, based on data from newspaper clippings and other sources, but it was discontinued from 2007 to 2016 as the university didn’t have a faculty member conducting farm safety-related research.

The roadway deaths, in particular, stood out to Weichelt and Shutske this year. The concern is ongoing, with seemingly little progress being made to upgrade and adhere to the best practices for lighting and marking led by industry groups, safety experts, and organizations that develop standards for best-practices and designs for safer equipment.

“The most notable concern is that unmarked, under-marked or unlit farm equipment is difficult to see, which puts the operator, passengers and other motorists’ lives at risk,” Weichelt said. “We owe it to our friends and neighbors to be visible, to be safe for them and for their children.”

A double roadway fatality in 2019 was revealed when compiling the newest reports. An unmarked farm truck contributed to the deaths of a Marathon County couple in October 2019. David and Dorothy Ashenbrenner were killed when their car struck the rear end chute of a farm production truck, which was unmarked (tail lights off) during hours of darkness. David, 73, was pronounced dead at the scene, while Dorothy, 78, was airlifted to a hospital but died later of injuries sustained in the crash. The driver of the vegetable truck was not injured in the crash.

While traveling on public roadways or trails, operators should turn on their lights all the time, not just during hours of darkness. If your vehicle or towed equipment is on the roadway, you want to be seen, you want to be visible, Weichelt said.

“Wisconsin made needed upgrades to the state’s requirements for lighting and marking on slow-moving farm equipment in the past decade, but may not have gone far enough as we still lag some of our neighboring states in how closely we align with consensus engineering standards and best practices for safety including the standards of the American Society of Agricultural and Biological Engineers,” Shutske said. “One research study shows the direct possibility of saving Wisconsin lives by making even modest improvements.”

“Just over five years ago, federal law made it necessary to greatly improve lighting and marking on all farm equipment manufactured after mid-2017. This is not reflected in our state requirements, a fact that concerns many of us who work in safety engineering and who try to bridge the interests of farmers and those who manufacture and sell farm equipment,” Shutske said. “We really can do better. Simple devices like turn signals on tractors and implements and using lights and flashers any time these machines are operating on roadways is really something that the data shows would save lives.”

“Our first batch of SMV signs was distributed at the Wisconsin Farm Bureau meeting Dec 2-5. We are distributing these, free of cost, to Wisconsin farmers, in hopes that the improved visibility saves lives on our public roadways,” Weichelt said. The project also was made possible by the support of the family of Mike Biadasz and the Auction of Champions.

“So many of our fathers’ and grandfathers’ tractors and equipment are still in use, often without rollover protection structures, guards or lighting. The need is there, we can all see it. We hope to work with other partners across the state to distribute more of the SMV emblems and increase awareness of the state’s legal requirements for lighting and marking of agricultural equipment,” Weichelt said.

For more information about lighting and marking recommendations and regulations for agricultural equipment in Wisconsin, visit: https://wisconsindot.gov/Pages/dmv/agri-eq-veh/ag-veh-safety.aspx

Children among those killed

Shutske and Weichelt also are concerned about the large number of younger children killed or seriously injured each year on farms – not necessarily while working, but in some cases run over or backed over by machinery, such as skid steers.

“There is a perception that as farms become bigger and more reliant on hired farmworkers that ‘children in the workplace’ is no longer the issue that it was 20 or 30 years ago. But these data paint a different story,” Shutske said.

“Most of us who grew up in a rural community know how devastating a farm work-related death can be,” Shutske said. “The numbers represented in this report – 28 people in 2020 and 40 in 2019 – are tragic. But the statistics alone do not tell the true story of the pain felt by families, communities and neighbors. When a child dies, it is especially crushing. I’ve seen and worked with or spoken to hundreds of families over the years after a child has died or been seriously injured. The family never really is able to fully recover from the trauma, and my heart goes out to them.”

In the 1990s, Shutske said, states like Wisconsin and Minnesota held dozens of annual farm safety day camps to help younger school-age children recognize and avoid the dangers and hazards on a farm. These events usually also involved parents, and children who attended often shared messaging with others at home, leading to more awareness.

“In many Midwestern states, we would see as many as 10,000 kids a year in these programs. Now, farm safety efforts in many of these states have a smaller footprint. Some of these activities and events still happen, but very sporadically, and are highly dependent on enthusiastic volunteers – there’s no one single organization with the resources to lead and champion these efforts in Wisconsin,” Shutske said.

“I’m also concerned because research-based safety guidelines aren’t often followed at the state level, including those from the National Children’s Center for Rural and Agricultural Health and Safety in Marshfield. The guidelines indicate the appropriate ages for youth operating tractors and several types of machinery. The safety guidelines, which have been existence for nearly 25 years, suggest the minimum age for safe tractor operation for youth workers to be 14 or 15. This is also the age that is the baseline for federal regulations that protect youth who work for a non-family employer. To be legal, kids who are 14 or 15 working off of the family farm must first obtain a certificate that shows they have attended a 24-hour safety training program for tractor and machinery operation, and have passed basic tests that measure skills and knowledge,” Shutske said.

“In Wisconsin, there is a unique state mandate to educate children as young as 12 and to then provide a certificate to operate on the family farm, also allowing them to operate on public roadways,” Shutske said. “Unfortunately, educating and ‘signing off’ on kids this young as being qualified to operate in a fully safe manner on a complex farming operation is NOT consistent with best practices from child and farm safety experts. This issue really needs to be opened back up for further review, especially as farm machinery becomes more complex and sophisticated and as we continue to see such a major issue on public roadways.”

The issue of skid steers is even more complex, with the minimum age being 16, according to federal and state regulations and the National Children’s Center for Rural and Agricultural Health and Safety guidelines, and even then, with significant supervision and oversight, Shutske said.

Dangerous for workers and others

In Wisconsin, a worker in the Agriculture, Forestry, and Fishing (AFF) sector is over eight times more likely to die while working than the average Wisconsin worker, according to the Wisconsin Bureau of Labor Statistics, or BLS.

Injury data specific to farmers, farmworkers and their families is difficult to come by and difficult to parse out from the BLS datasets, for multiple reasons, some of which is described in a 2020 paper published in the Journal of Agromedicine, Weichelt said. The Census of Fatal Occupational Injuries, or CFOI, focuses on people doing “work.” Children, family members and the public who aren’t working aren’t counted.  “This is also why reports such as the Wisconsin Farm Related Fatalities Reports are important to produce and publish, to keep the industry informed of farm-related fatalities, what caused them and how to prevent them,” Weichelt said.

“I’m quite concerned, because it seems we’ve seen diminished attention to issues of farm safety in Wisconsin and a number of other large agricultural states, and this impacts prevention efforts and bringing research and science to these issues,” Shutske said.

“Many people have suggested – ‘Oh farm safety, we probably needed that 30 or 40 years ago, but it’s a mature area and we’ve probably done all we need to do.’ The reality is that agriculture has gotten more complex than ever before and is no less dangerous. We see many more workers who speak a language other than English. Equipment is getting much larger and more complex. Many tractors now have computer screens, electronic control systems and are controlled with joysticks and other devices that require considerable education and experience.

“We also see the growing influence of working longer hours, a workforce that continues to age, more extreme weather conditions and other human and environmental factors that require more research and then education for the industry. Soon, we will also see a growing influence of robots and higher level, more sophisticated automated machines to do much of the dirty, dangerous or dull jobs on farms.

“Safety issues will not go away – something important to recognize as we de-emphasize these efforts,” Shutske said. “All of this said, these injuries, deaths and other incidents are preventable through a combination of better engagement with the industry, better engineering that is informed by research, thoughtful education and communication and other efforts to incentivize the industry to improve.” 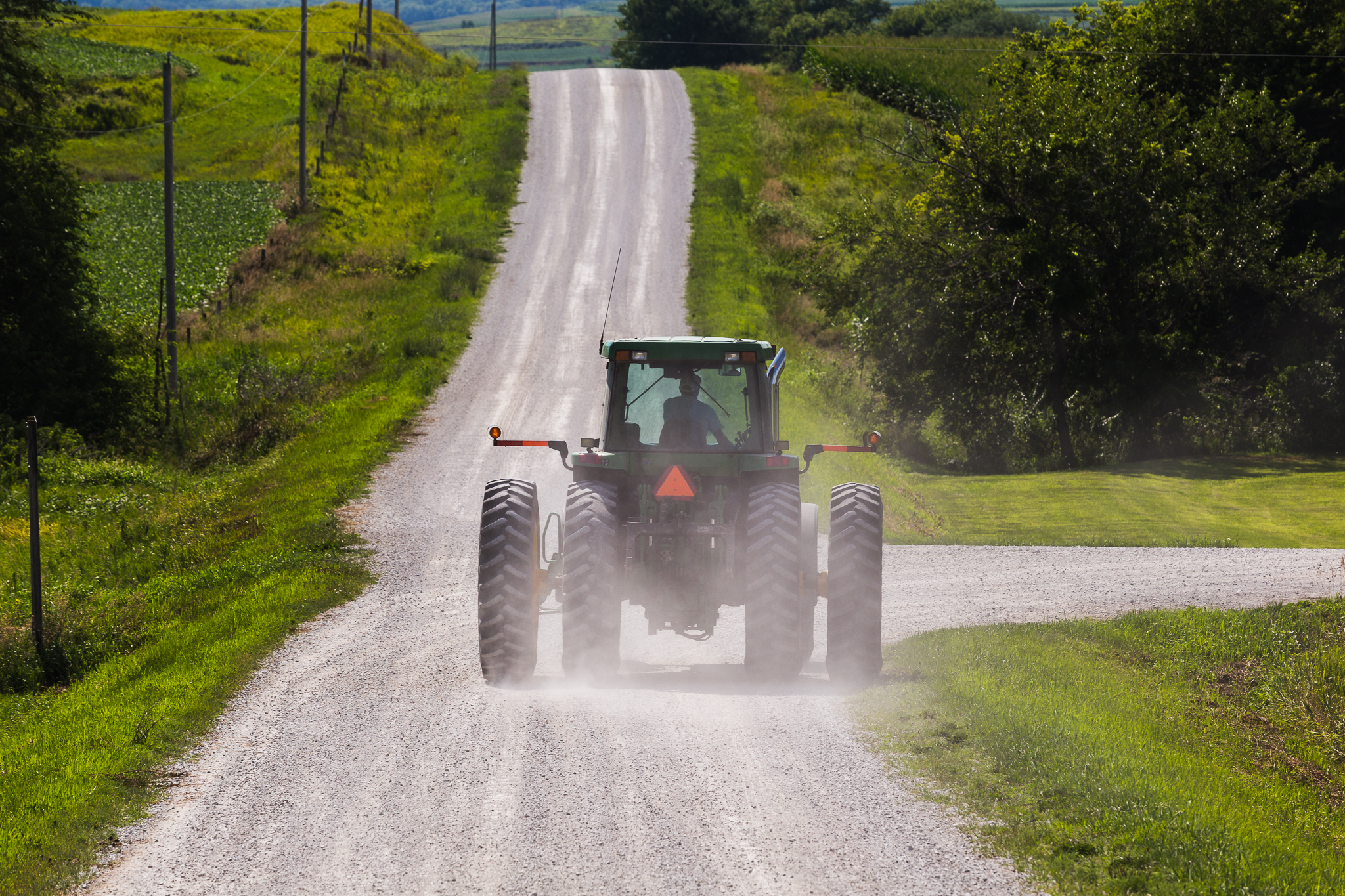 As farms get bigger and farmers need to spend more time on the road moving from field-to-field, risk will increase. 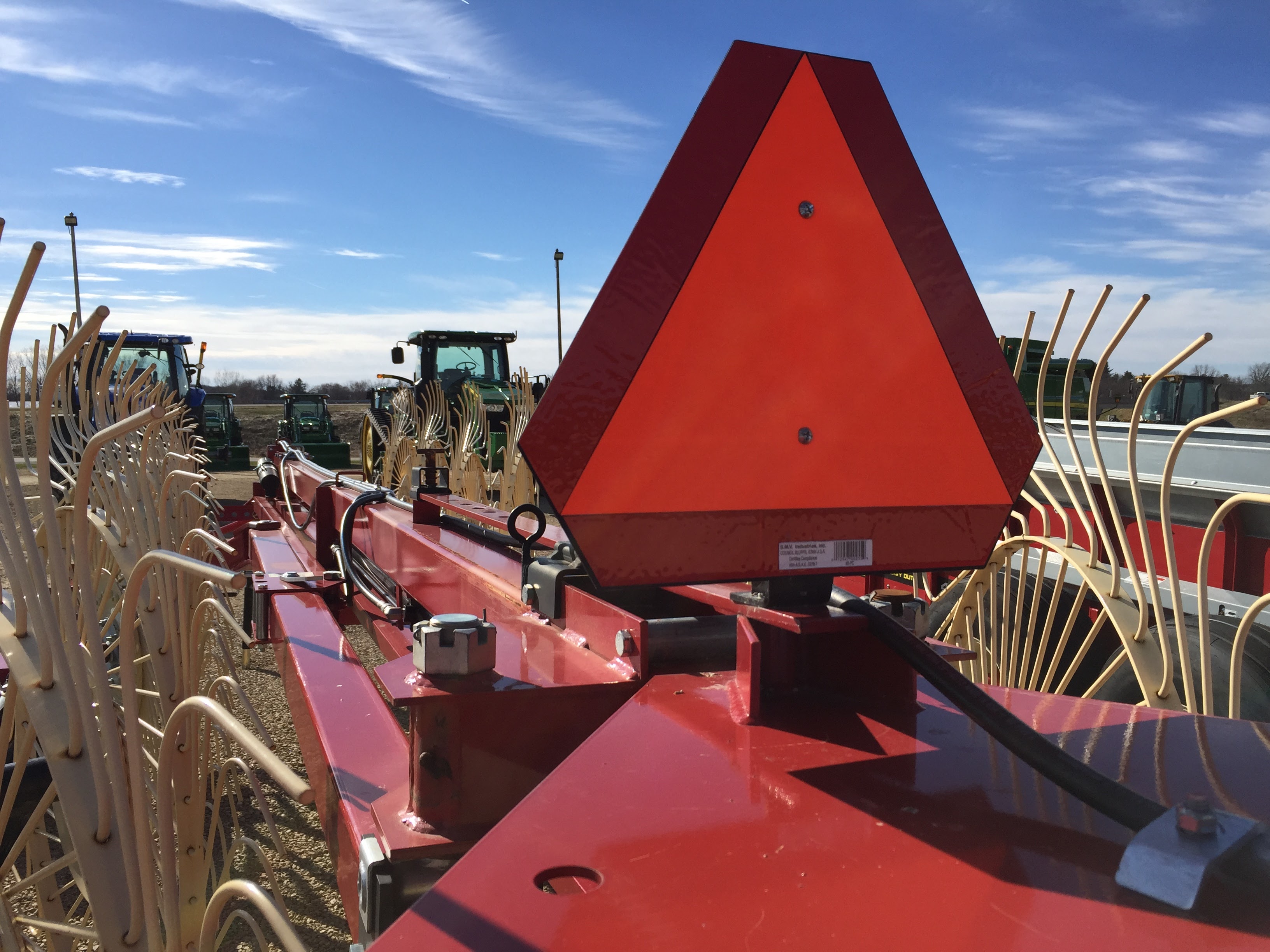 Using lights and flashers at all times -- not just during hours of darkness – can save lives.