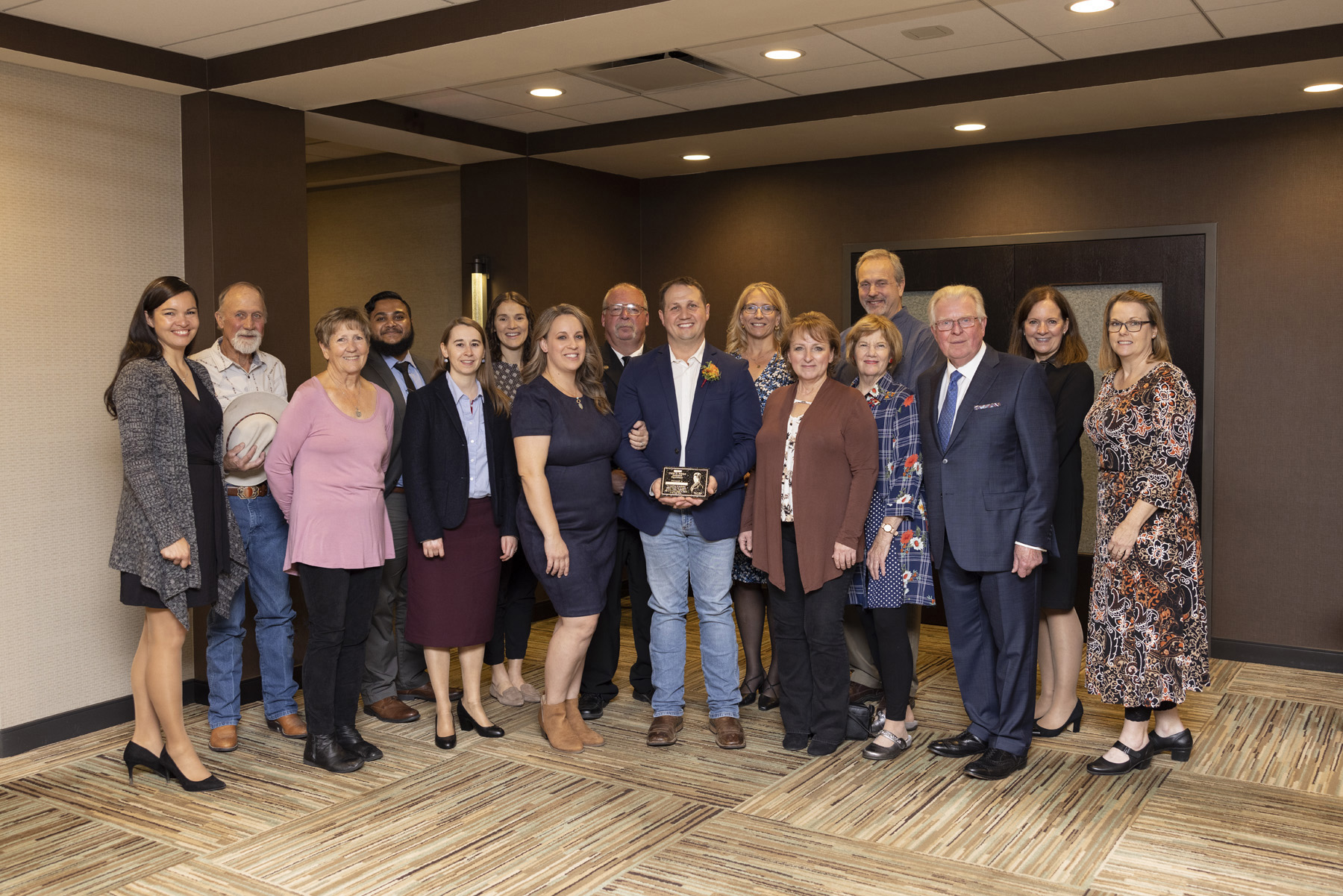 Nearly 10 years ago, Casper “Cap" Bendixsen, was finishing up his Ph.D. in anthropology from Rice University in Houston and engaged in a nationwide hunt for a job. As a young man with a ranching background looking to launch his career, he had one goal in mind.

“I wanted to be a researcher improving the human condition, especially for those in agricultural and rural communities," Bendixsen said. “Because that's who I am at heart."

He found his home in Marshfield at Marshfield Clinic Research Institute. Over the past decade, he quickly became the fabric of the state's research, farming and paramedic communities as he and his colleagues achieve that goal.

On Oct. 12, Bendixsen was the recipient of the 2022 Gwen D. Sebold Fellowship at a formal ceremony in Marshfield. The Gwen D. Sebold Fellowship recognizes an outstanding medical researcher and supports their research in his or her chosen field. Since its beginning in 1988, one award of $7,500 and a memorial plaque was presented by D. David “Dewey" Sebold in memory of his sister, Gwen. Gwen joined Marshfield Clinic as a medical stenographer in 1955 and passed in July 1974.

Addressing the au​dience at the presentation, Dewey Sebold beamed with pride as he honored his sister's legacy after two years off due to the COVID-19 pandemic.

“You're joining a select group of physicians, scientists and researchers who have been involved in improving the health of many, many patients throughout the world," Sebold told Bendixsen.

The Sebold Fellowship presentation followed a Research Spotlight led by Marshfield Clinic Research Institute scientists who shared some of their latest work.

Bendixsen's own accomplishments, research and leadership roles are numerous. The director of the National Farm Medicine Center since 2019, he also works with the National Children's Center for Rural and Agricultural Health and Safety (NCCRAHS), and other agricultural safety and health centers funded by the National Institute for Occupational Safety and Health (NIOSH). He also has formal roles as scientific advisor to the Central States Center for Agricultural Safety and Health (CS-CASH), and as investigator and associate director with the Upper Midwest Agricultural Safety and Health Center (UMASH). He does this while continuing to see his own research being published and working with local farmers and fire departments to promote agriculture safety and training. He's just as likely to be seen at a weekend training event at a local farm as he is in an office meeting.

Bendixsen said he was humbled by the fellowship and was quick to point out the help by his family, mentors and colleagues along the way.

“We do remarkable work here with our colleagues around the world every day," Bendixsen said. “We make other peoples' lives healthier and happier as a result of our work. I truly believe that."​